According to the Vinnytsia Regional Laboratory Center of the Ministry of Health, the largest number of new cases of COVID-19 was detected in Vinnytsia. For the previous day - 102 patients were found, 59 of them in the regional center. New cases of infection were detected in: Vinnytsia district - 10 cases, Ladyzhyn and Haisyn district - 9 each, Pohrebyshche district - 3, Illinetsky, Nemyrivsky, Teplytsky, Chechelnytsky […]

During the court hearing, due to systematic non-payment of rent for communal land, the contract with one of the farms of Shargorod district was terminated. The relevant lawsuit was filed by the local prosecutor's office. According to the court's decision, the communal agricultural lands were returned to state ownership. Their total area is 81 hectares, and the cost is more than 10 million hryvnias. Plots are […]

In the Vinnytsia region, they plan to build a bridge across the Dniester, which will be part of the new Kyiv-Chisinau highway. Therefore, state funding will be provided to improve the state infrastructure from the M-12 highway to Yampol. "One of the projects that we will start immediately will be the construction of a bridge across the Dniester River in the Yampil-Koseuts area, and a corresponding highway connecting Kyiv and Chisinau. And not […] 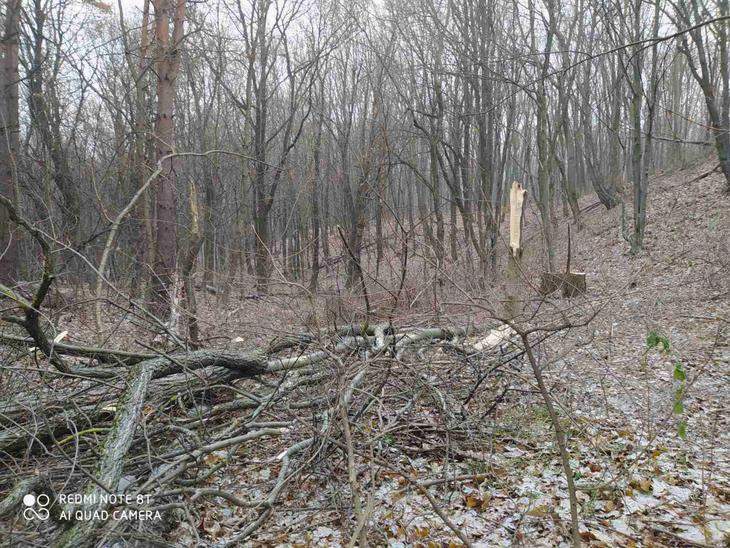 An unscheduled state supervision measure was held on the territory of the Barsky Rayagrolis enterprise at the end of last year. During which a number of violations were revealed. Inspectors of the department of state ecological supervision (control) of the nature reserve fund, forests and flora recorded the facts of violation of the requirements of the nature protection legislation. In particular, we are talking about illegal felling and damage to the extent of stopping the growth of 59 trees. According to [[]

Mykola Kobrynchuk became the newly elected head of the Bratslav settlement community. He previously held the position of village head of the village of Vovchka, where he comes from. In his native village, Mykola Kobrynchuk managed to win the respect and trust of the peasants thanks to his work. During his leadership, the village received majestic lighting, completed school, kindergarten, pulled gas, repaired roads, purchased garbage containers and […]

In 2021, the Vinnytsia City Court received 15 administrative materials, which were issued on the fact of violation of quarantine requirements. At the same time, the court did not impose a fine on any person and none of the violators was found guilty. 6 out of 15 administrative materials have been returned to the police for revision due to improper registration of protocols, all niches are still awaiting consideration. As of […]

According to the approved state budget for 2021, expenditures are set at 1,32 trillion. UAH Expenditures also include subventions to regions - for education, construction, monetary compensation to citizens, etc. All information is presented in the infographic "Word and deed". The education subvention for all regions is calculated at the level of UAH 99 billion 647,4 million. (26% more in 2020 […]

The real winter has finally started in Vinnytsia region. The regional road service has switched to an intensified mode of operation to clear roads of state importance. It is spoken about it in the message of Service of highways of area. “186 units of special equipment were used to clean the roads. More than 300 road workers work on the highways, 800 tons of sand-salt mixture are used, ”the Service notes. Drivers are reminded of the importance of following [[]

So far, almost all regions of Ukraine have already approved the budget for the current year. According to the current rating, Vinnytsia region took the 8th place in terms of revenues and expenditures. According to the approved budget of Vinnytsia region, the amount of revenues amounted to 4 billion 309,6 million, expenditures - 4 billion 302,6 million. However, some oblasts have not yet approved the budget. We are talking about Chernihiv and [[]