In Poland, the Yaroslavl District Prosecutor's Office has charged the driver. He was driving a Ukrainian bus that crashed near Kasice on March 22.

The man doesn't admit the guilt. The deputy district prosecutor of the city of Yaroslav Bozhena Garash-Voloshin reported about it in the comment of mass media. IA writes ASS with reference to 24 channel.

The suspect told his version of what happened

Get the news in Telegram

It should be recalled the driver is suspected of unintentionally leading to a car accident. The suspect was given a precautionary measure in the form of daily registration at the police station, confiscation of a foreign passport and a ban on leaving the country, - said Deputy Prosecutor Bozhena Garash-Voloshin.

From 6 months to 8 years in prison

The driver was charged with unintentionally leading to a crash on the ground. The sanction of the article provides for punishment - from 6 months to 8 years in prison.

Examinations are underway in the case

So far, the investigation has just begun, investigative actions are underway. The primary task is to establish the causes of the accident, for which examinations are conducted. The prosecutor's office emphasizes that the collection and analysis of materials will take at least a month.

A house is on fire in the center of Chernivtsi

Coronavirus: how many new cases were recorded per day 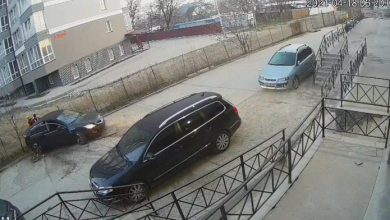 He rammed a fence and crashed into a car: an accident in Chernivtsi