In Krivoy Rog today, April 9, a five-story apartment was on fire - a man died in a fire, he could not be resuscitated. He writes about it "Dnieper operational" with reference to the press service of GU GSChS in the Dnepropetrovsk region.

The report of the fire in the Metallurgical District of the city was received by 101 immediately after midnight. A one-room apartment on the fifth floor of a house on Vadim Gurov Street was on fire. Two duty departments were sent on call.

Rescuers conducted a reconnaissance at the scene and found the man unconscious. He was taken out on the steps into the fresh air. GSChS staff and medics performed resuscitation measures, but they were unsuccessful - the victim, who is about 50 years old, died.

The fire was localized at 00.27, extinguished at 00.35, its total area was 20 square meters. The fire damaged household items, walls and the ceiling on the balcony. 12 rescuers and 3 units of equipment worked at the scene.

We will remind, earlier we reported that near Dnieper from a reservoir got corpse of an elderly woman. 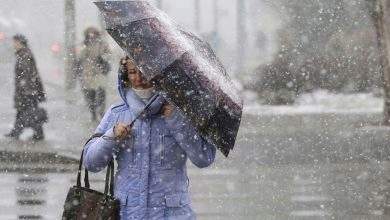 in the Dnepropetrovsk region announced a storm warning - Open