Today, April 9, Orthodox Christians celebrate the Day of Remembrance of the martyr Matrona, who paid with her life for her faith in Jesus Christ. The Day of the Holy Matron was celebrated in the times of Kievan Rus. Many traditions have been preserved, and folk beliefs will be accepted on this day. Some of them are associated with turnips. No wonder today's holiday is also called Matron Polurepnitsa.

We will talk about the most interesting of them, as well as the history of the holiday.

About the holiday of Matron Polurepnitsa

This day in Russia is also called "Matrena Nastovitsa". There are several versions of the origin of this name. According to the first of them, by this day a hard crust is formed on the ground on the melted snow. The second version holds associations with cracking ice on rivers. The people said: "A pike breaks an ice deck with a tail on Matren." Another version says that on this day seagulls, chibis-nastovitsa arrive.

There is another name of the holiday - "Matrena Polurepnitsa". On this day, the peasants usually separated the untouched half from the turnip harvest, which went to the seeds for future planting of vegetables.

See also: Forgiven Sunday: why it is customary to forgive everyone today

Torture of the Holy Matron 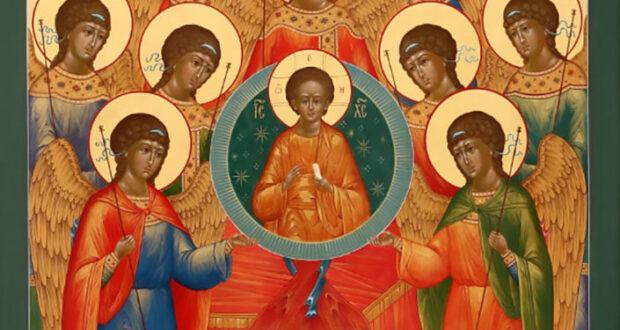 It is believed that the Holy Matron was a servant of the noble Jew Pantilla. The girl considered Jesus Christ to be the true God and prayed to him secretly so as not to attract the attention of her mistress. Pantilla, being a deep believer, often went to the synagogue. The maid escorted her to the door, and she secretly went to church and prayed to the Orthodox God. On the day of the Jewish Passover, Matrona wanted to participate in Orthodox worship. She went to church and did not have time to return to the synagogue to meet her mistress.

The girl was severely punished for this. The matron was tied up and locked in a room for a few days. And when they came to release - to everyone's surprise, she was without the shackles and wounds that arose from them. Pantilla became even angrier and ordered the maid to be beaten. But this time, too, the Lord God healed the girl, and her wounds miraculously disappeared. This continued three more times.

The mistress decided to kill her maid, who was constantly healed in an incomprehensible way. And so that she would not be accused of murder, Pantilla ordered the Matron's body to be thrown off a cliff, staging an accident. Believing Christians buried the body of the martyr near the church.

Later, in the early 4th century, the remains of the girl were taken to Thessaloniki by order of Alexander. A temple was built there, which was dedicated to the Holy Matron.

See also: February 25 - Day of the Icon of the Mother of God 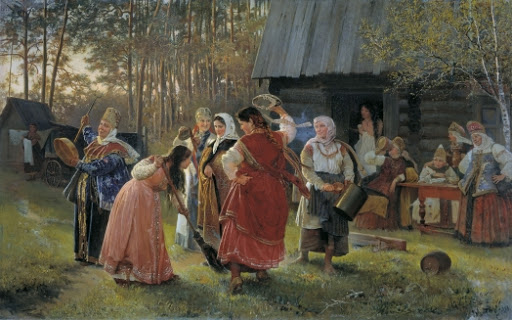 The feast of the Holy Matron has been celebrated since the times of Ancient Russia. On this day, our ancestors prayed in the churches to the Holy Martyr Matron and asked her for help in worldly affairs. It was customary to tidy up the house, do general cleaning and cook.

April 9 can be called "economic day". Today we reviewed the stocks of products that have survived since the winter, and threw away everything spoiled. Among the Slavs, Matrena is considered the patroness and patroness of all housewives. The women asked for help in the housework that day.

Special attention in the affairs of the household today was paid to turnips. It has long been used for weakness, avitaminosis, pain in the intestines and stomach, rheumatism and kidney stones. On this day, turnip dishes were prepared, tables were set and guests were treated. And the peasants selected suitable turnip roots for seeds. Food was prepared from rotten or damaged turnips. Many dishes from this root were known in Russia. Turnips were boiled, steamed, stuffed, mashed and baked. The famous saying: "Easier than steamed turnips" has come to us since then. The Holy Matron was asked for a good harvest of turnips that day.

Even today, the hostesses went out for the last time this year to whiten canvases. The fact is that they laid them out on the floor. And closer to the middle and end of April, the snow usually did not lie.

See also: Two holidays on February 18: Icon of the Mother of God "Recovery of the Dead" and St. Agafia's Day

What is better not to do today 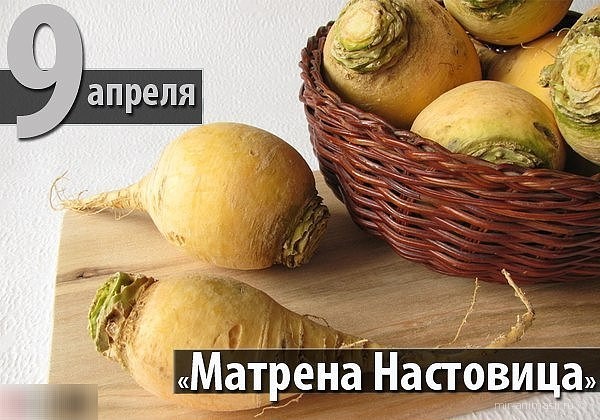 It is believed that it is not worth working hard today. It is also forbidden to do household chores. And this despite the fact that our ancestors on this day were just engaged in economic affairs. Today it is better not to start new things, they may not work out. It is also not recommended to plan trips, plans may not be realized.

As on all Orthodox holidays, today you can not quarrel with family and friends. It is believed that those who swear today will cause misfortune for the year ahead. You can't be lazy on Matron and you need to help each other.

Today, if possible, you can go to the temple, light candles and pray to the Holy Matron. You can ask the Matron for help in household matters, as well as in all their affairs. 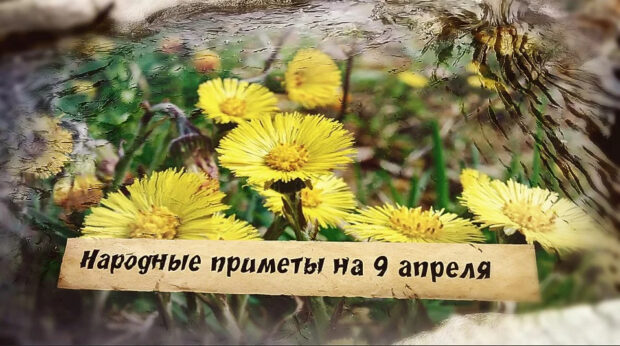 Most will take this day natural and associated with chibis seagulls. If the birds are crying today - it's clear weather the next day, if they are flying low above the ground - it promises long dry weather. Our ancestors believed that the whole year would be productive if there was hoarfrost and fog in the morning.

If you find a typo on the site, select it and press Ctrl + Enter

in Kharkov, additional beds were connected to stationary oxygen

Kharkiv boxers reached the quarterfinals of the World Cup

Weather in Kharkov in detail