As Galka wrote, earlier the National Guard appeared at the entrances to the city, and drivers and passengers of cars began to measure temperature (PHOTOS)

From April 8 in Ivano-Frankivsk there are restrictions on entry into the city without the need. Checkpoints are installed in all directions and temperature screening is carried out. Checkpoints will be open daily from 00:20 am to 00:XNUMX pm until the end of quarantine.

The establishment of the posts provoked a lively discussion on Facebook. Below are some comments from Frankivsk residents from the mayor's page, Facebook pages "Jackdaws" and groups "Frankivsk Tereveni":

Bohdan PashkovskyiTo make sense, the WHO said that it is ineffective, and if a person has an incubation period and no temperature. And even if there is - no one has the right to forbid her to move in any direction.

The meaning is as zero as always.

Maria GutakYes, this minimizes the influx of those who "do not burn", only those who need it and who really follow the laws and conditions of quarantine.

Galya KurishMeasured through one, we went today we did not measure

Lesya ChaplynskaFor what? If at least rapid tests were done, there would be some logical justification…

Svetlana TymkivIn my opinion, knowing our cunning people who need… will still pass all the truths and lies… in the city he is driving cars one after another even more than it was these days

Vladimir Krichunand What does this give besides congestion and an extra chance of the virus spreading? Maybe it would be better to buy equipment and support doctors rather than the Soviet show?

Natalia Stefanivbecause at night the Epicenter is closed, and indeed most of the villages still go shopping, because it seems to them that it's not serious (do not see and do not want to hear what is happening in Italy, Spain, etc. and how fast the infection).

Galina FilipovaTomorrow there will be much fewer cars. Here you will see.

Tonya BeresnevaWhy so many cars? Where is everyone going? I think it will all work out and very soon there will be far fewer cars.

Sergey FedortsivThis should have been done a month ago.

Virunya KushnarenkoWell in general already on day 4 spoke that will close Frankivsk for entrance and departure.

Our people are waiting, and then the government is to blame.

Oksana GrutsivA sense of this measure, if you let everyone in and let everyone out, only after measuring the temperature. Well, it's even funny that you measure, but a person with a temperature of 38 and above is sitting at home, well, or drinking antipyretics, then why are you doing this, from what you thus protect ??? But it is necessary to close the city completely, to let in and out in case of urgent need, instead of to make a circus on entrances and exits with thermometers.

Tonya BeresnevaAnd where do you get all these "wise" ??? One wants to go around, the second to jump, and the third to fly. What kind of mom do you all bring to the city? But sit down at home and do not stick out! Those who are really needed in the city, they came in the morning and long ago at their workplaces, and you, those who are still standing there, then what are you pushing for, for what?

Join channel "Jackdaws" in Telegram - the most important and latest news at once in your phone! 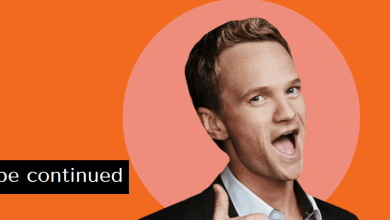 In the first quarter of 2021, the budget of Frankivsk lost 29 million hryvnias due to a pandemic

Official exchange rate: the hryvnia weakened against the euro