By the end of the year, order at public transport stops on the territory of the Frankivsk city territorial community will be provided by Euroecosity LLC for UAH 844. Appropriate agreement with the enterprise concluded the Department of Transport and Communications of Ivano-Frankivsk City Council.

We are talking about the maintenance of 102 public stops, most of which are located on the street. Yevhen Konovalets, street Ivana Mazepa, street Yunosti, street Medical and street Vasyl Stefanyk embankment in Ivano-Frankivsk, they write Our Money.

It is the contractor's responsibility to clean the bins and remove rubbish from the stops every morning, sweep them, remove unauthorized advertising, and in the winter to clear snow and sprinkle the stops with sand or salt. In addition, the company must wash information boards, cabinets and electronic boards at least once a week. At the request of the Department of Transport and Communications, the contractor will send a photo report of the work performed and detected breakdowns.

The only competitor in the current auction of Euroecosity was Lviv-based PE Cleaning-Pro. During the auction, the participants reduced their bids, but the price of the winner was still cheaper by UAH 29,6 thousand.

As a similar experience, Euroecosity submitted a 49-dollar contract with PE Yarko-IF for the cleaning of parking lots in Ivano-Frankivsk. The founder of this company is a newly appointed head Ivano-Frankivsk District State Administration Oleksandr Yaroshchuk.

By the way, Ivano-Frankivsk company "Euroecosity" belongs to a local resident Svyatoslav Andrusyak. In February 2020, the Ivano-Frankivsk Territorial Office of the Antimonopoly Committee fined him for conspiracy and bidding. "Our money. Lviv "found out that he together with the businessman Valery Mysyuk imitated competition in the bidding for cleaning from the Department of Housing, Communal Policy and Improvement of the Ivano-Frankivsk City Council.

Both competitors submitted similar bids with the same errors, which the customer required in any form, such as a certificate of no grounds for refusal. Entrepreneurs uploaded their documents with a difference of 9 minutes.

Although Sviatoslav Andrusyak is the founder of Euroecosity, the company is headed by Svitlana Stepanchenko. It also owns part of Zhitlokomservice LLC, which specializes in safe waste collection. He is one of the founders of this company Chief Bohdan Khomynets, Public Procurement Department, Department of Infrastructure, Housing and Communal Policy, Ivano-Frankivsk City Council.

Sviatoslav Andrusyak registered his company "Euroecosity" in January 2020. According to the Clarity project, since then the company has managed to receive government orders for UAH 2,14 million, all from the Ivano-Frankivsk City Council. In particular, Euroecosity signed contracts with the Department of Transport and Communications for UAH 1,85 million, and received contracts for UAH 287 from the Department of Infrastructure, Housing and Communal Policy. These are mainly small agreements on cleaning, installation of lying policemen, replacement of road signs and landscaping.


Join the "Jackdaw" at  Telegram and Instagram - the most important and latest news at once in your phone!

The Russian tried to enter Ukraine for a bribe 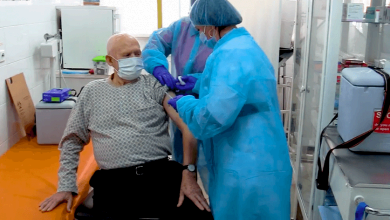 There are 104 HIV-infected people registered in Kalush region

NASA helicopter made the first flight to Mars (PHOTOS, VIDEO)