The regional psychiatric hospital "Institution" is again planned to be transferred to the subordination Lviv Regional Clinical Psychiatric Hospital. The final decision on the reorganization of the medical institution will be made at the next session of the Lviv Regional Council.

Lviv Regional Psychiatric Hospital "Zaklad" is located in the village of Zaklad, Mykolaiv district. In 2019, it was planned to reorganize and merge with the Lviv Regional Psychiatric Hospital, which is located on the street. Kulparkivska, 95. The reorganization caused protests by employees of the Institution, who asked not to unite the hospitals. Later, due to the introduction of medical reform, the hospital had problems with financing the salaries of employees. Because of this, doctors have repeatedly overlapped international roads. At the end of the year, UAH 1 million was allocated from the reserve fund of the regional budget to repay salary debts.

To appease the protesters, ENT planned change the place of registration of the Lviv Regional Psychiatric Hospital from Lviv to the village of Zaklad, so that taxes do not go to the budget of Lviv, where the hospital is actually located, but to the Trostyanets community, which includes the village of Zaklad. However, after the protests to reorganize the hospital there were no votes regional deputies.

On March 30, the ENT standing commission on communal property again suggested to join the Zaklad Hospital to the psychiatric hospital in Lviv. This proposal was also supported by the Commission on Health and Maternity.

"The reorganization of the psychiatric hospital" Zaklad "will ensure its further functioning, as the medical institution itself remains, its employees will continue to work here, and patients will be treated. Optimization of the hospital staff will affect the administrative and managerial staff ", - reported in the Lviv regional council.

On Thursday, April 8, following the visit to the hospital, the head of the ENT Iryna Hrymak Said, which with the further destiny of "Institution" have been defined definitively and at meeting of the next session will make the decision on its reorganization and accession to regional hospital on street Kulparkivska.

"I saw for myself that the hospital management could not rectify the situation on its own, so I asked the director to write a letter of resignation. At the next session of the Lviv Regional Council, the profile commission will prepare for a decision on the transfer of this hospital to the regional psychiatric hospital. I hope that the change of management will allow to operatively optimize the personnel policy, and also to improve conditions of treatment and care of more than three hundred patients in this hospital ", - wrote on her page in Facebook Iryna Hrymak.

It should be noted that after the reorganization, the Lviv Regional Psychiatric Hospital will be able to dispose of the property of the Institution, and doctors will have to be transferred to work in the regional psychiatric hospital.

A medical helicopter took another patient to a hospital in Lviv (photo, video) News of Lviv and Ukraine

"To ignite in cotton wool" - ZAXID.NET 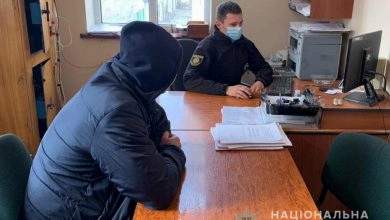