The United States is concerned about the unprecedented presence of Russian troops on the border with Ukraine in recent years. This was stated by White House spokeswoman Jen Psaki during a briefing on April 8.

"Russia now has more troops on the border with Ukraine than ever since 2014," Psaki said.

Washington is consulting with NATO allies on this situation.

The official added that another alarming signal in the aggravation of the situation at the border is the death of five Ukrainian servicemen during the last week.

Psaki also noted that she could not provide any new details about the talks between the United States and Russia on the escalation near the Ukrainian border.

As of the beginning of April, there are 28 battalion tactical groups of Russia along the state border of Ukraine (in Bryansk, Voronezh, Rostov regions), in the occupied territories of Donbass and Crimea.

In addition, an additional concentration of up to 25 battalion tactical groups is expected.

Commander-in-Chief of the Armed Forces of Ukraine Ruslan Khomchak told during a speech in the Verkhovna Rada, which alone in the Russian-occupied territories of Ukraine are up to 60 thousand soldiers, 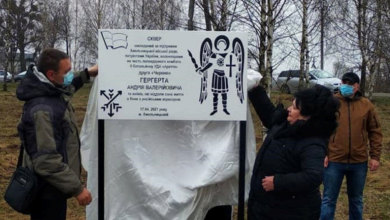