TNMU professor Vasyl Kopcha spoke about the peculiarity of the "British" strain Covid-19 in Ternopil region.

"The classic strain is the founding virus, but this virus is slightly inferior in ability to mutation only to the influenza virus and therefore it is a natural evolutionary process - the virus is constantly changing and such strains can be well, if not infinite, then at least very large - noted Vasyl Kopcha. - One of these strains is notorious - the British it differs in that the first - it has a much lower infectious dose, the infectious dose is the amount of the pathogen is minimal, which can cause human disease. It is ten times lower than the infectious dose of the founder virus - the classic strain, which means that for example two people, one swallowed 1000 classic strain and did not get sick, because it is not the minimum infectious dose, and the other person swallowed the same thousand only British strain and it will get sick, because this dose is enough for several people, and this means that it is more contagious, ie the minimum amount of the pathogen, and people are still infected. We are seeing this now, because the incidence rate has risen dramatically, we could not have imagined such a level even last year. This is one feature - contagiousness due to a lower infectious dose, the second feature - is a much shorter incubation period. The incubation period is the time between the moment the pathogen enters the body and the appearance of the first clinical signs. The incubation period for the British strain is much shorter, if for the classic strain it is 10-14 days, then for the British - 3-4 days.

"The fact that the British strain leads to a worse and more severe course of the disease is probably not true, but to talk about specific figures and specific results, we do not have such an opportunity, because you need to know which strain caused the disease of a particular patient - remarked Vasil Kopcha. - Unfortunately, there are no such opportunities, because in Ukraine there is no study of the genome of viruses. We have neither equipment nor specialists. We send control samples from all over Ukraine to Britain and classify them there. We have the same strains circulating as in Europe, it's South African and British, and Brazilian, and God knows what else. That's why they will all be with us. ”

Symptoms are identical, those that were, they remain with the classical, and the British and South African strains.

"Children are sick in the vast majority or asymptomatic and tolerate quite easily, the expression of ACE is lower, due to which the code is more easily tolerated," said the doctor.

Natural immunity is maintained for 4-6 months after a person has contracted the coronavirus.

“After that, it can disappear without a trace, or maybe another option, if a person, for example a doctor, is in professional contact with such patients on a regular basis, then there is a so-called household immunization. Every time a person comes into contact with the antigen with the virus and it reminds of itself, - says Mr. Vasily. "And because of that, in each case, this immunity can be either very short or it can be prolonged."

According to the doctor, the AstraZeneca vaccine unfortunately does not affect the South African coronavirus strain.

The current AstraZeneca prototype vaccine also covers the British strain, although this vaccine is said to be ineffective against the South African strain, which is why South Africa has abandoned the use of the AstraZeneca vaccine. It is clear that the effectiveness of the vaccine reduces the process of mutation of the virus, but I really want to believe that currently such critical mutations do not happen to reduce to zero the effectiveness of the vaccine that we have, "- summed up Vasyl Kopcha. 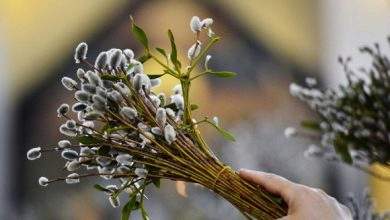 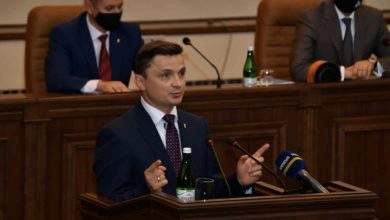