In the Borshchiv region, the man reported the theft, and during the investigation the police found out that the applicant was involved in both the crime and the allegation of false information.

In February, the next part received a message from an employee of one of the private enterprises that unknown people stole a mounted shovel from a T-150K tractor worth 13770 hryvnias. During the inspection, investigators found out that the crime happened in October last year, but the man who was responsible for this vehicle did not report the theft in time.

This fact law enforcement officers entered in the Unified Register of pre-trial investigations according to Article 185 of the Criminal Code. Police officers began questioning residents of the village where the crime took place, neighboring settlements and employees of the enterprise.

After operative measures were taken, the police established that the applicant himself had been involved in the theft of an expensive shovel. He sold the equipment for 5 hryvnias.

A resident of Borshchiv district, born in 1956, was suspected by investigators of two articles of the Criminal Code of Ukraine.

The man will be held accountable before the law for theft and for falsely reporting a crime.

In the Ternopil region this year, 25 people were looking for work 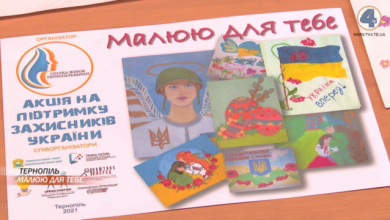