The current period of cooling in Ukraine is due to the fact that a cold air front passes through the country. This was announced by a leading weather forecaster of the Ukrainian Meteorological Center Roman Murmilo. He writes about it Universe.

"He began his journey through our country on April 6, and caused precipitation. Mostly wet snow in the western and central regions, partly in the north, "he said.

For this reason, over the next few days, the night weather in Ukraine will be quite cold - from -3 ° to + 3 ° depending on the territory.
"The main cooling will affect the north-western half of Ukraine, where night temperatures will be negative. But it will not be very cold during the day - from + 8 ° to + 15 °, "Murmylo said.

As for snow, April 7 was the last snow day for residents of Zhytomyr and Vinnytsia regions. Further precipitation, if any, will be only in the form of rain, and even later precipitation will stop altogether, the forecaster said.

Already on April 11, the cold front will leave the country, it will be replaced by a warm air mass, and a gradual rise in temperature will begin. At the same time small rains and a strong wind are possible.
Warming will first come to the east of the country.

Want to be the first to know the main news of Lutsk and Volyn? Join our channel at Telegram!! You can also follow our site at Twitter, Google+ and Instagram.

If you notice an error, select it and press Ctrl + Enter to report it to the editors.

Volynians are informed: the Kovel – Chervonohrad train will temporarily run on a new route 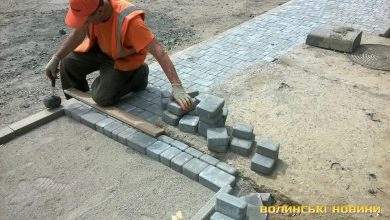 The park near Lutsk will be put in order

In Vladimir-Volynsky the car brought down the cyclist. VIDEO

From tomorrow, the reception of applications for "quarantine" of 8 thousand begins